Provides cover in respect of loss or damage to insured’s goods whilst in the high seas and/or while carried on road and/or on rail. Marine cargo can be in respect of imports or exports.

The Risks covered under Institute Cargo Clauses (A), (B) or (C) briefly summarised are as under

The risks covered under these clauses include loss or damage to the insured property due to or caused by:

All losses covered under Institute Cargo Clauses (C) are covered under this clause. In addition the following perils are also covered:

Loss or Damage to the Insured property due to or caused by:

The Institute Cargo Clauses (A) provides cover for All Risks of Loss or Damage to the property insured unless specifically excluded under the general exclusions clauses.

The General Exclusions applicable to all the Institute Cargo Clauses, briefly summarised are as under:

The other clauses which are normally attached to a Marine Policy are:

This makes it obligatory on the Insured to declare each and every shipment within the scope of the Marine Open Cover (MOC). The shipment must be declared to the Insurer prior to shipment of the goods but in any case not later than the date of sailing of the vessel or flight of the aircraft.

The Marine Open Cover is generally valid for a period of one year and renewable annually. It can be canceled by either party giving One Month’s notice of cancellation. 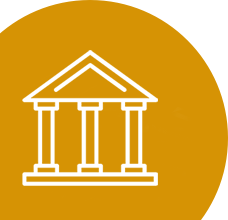 How Can We Help?

Loss of Profits from Machinery Breakdown